September 23, 2019
Here are some standout individual performances at both the high school and college level from over the weekend.

Matt Arvanitis, Holliston: The senior quarterback threw for a touchdown and rushed for another in the Panthers' 21-18 win over Barnstable.

Dan and JJ Block, Amherst: Dan, a running back, and his twin brother, JJ, an aptly-named fullback, had key performances in the Hurricanes' 12-9 win over East Longmeadow. Dan had 127 yards rushing and two touchdowns on 12 carries. He also made 10 tackles at linebacker. Block put defenders on their backs all night and made a sack on defense.

Matt Brehon, Merrimack: This running back rushed for 175 yards and three touchdowns in the second half of the Warriors' 76-7 win over Mayville State.

Connor Bryant, Methuen: In the Rangers' 26-14 win over Tewksbury, the senior quarterback completed all 11 passes he attempted for 146 yards and two touchdowns. He also carried the ball 24 times for 191 yards and a pair of scores.

Nathan Cabral, Oliver Ames: In his team's 34-16 win over Roxbury Prep, Cabral rushed for 100 yards and two touchdowns and added a 50-yard punt return for a score.

David Cifuentes, Bishop Fenwick: In a 40-6 win over Wilmington, Cifuentes rushed for two touchdowns, returned a kick for a score, and kicked four extra points.

Jayden Clerveaux, Duke Doherty, Jaylen Murphy, Everett: In the Crimson Tide's 32-27 win over St. John's of Shrewsbury, Clerveaux, a sophomore running back, had 103 yards on the ground and three touchdowns. Doherty, a junior quarterback, completed 22-of-31 passes for 308 yards and a touchdown. He also rushed for 109 yards and a touchdown. Murphy, a sophomore defensive end, was instrumental in providing pressure and defending the run on defense.

Nathaniel Cooper, Shepherd Hill: The senior running back had a monster game in his team's 41-38 win over Algonquin. On 19 touches, he had 226 total yards of offense with four touchdowns — three rushing, one receiving — including the game-winner with 55 seconds to play.

Jimmy Cosolito, Medfield: In a 7-0 win over Norton, Cosolito caught five passes for 77 yards and the game's only touchdown. He also had one carry for 22 yards.

Tyler DeMattio, North Attleboro: The sophomore quarterback rushed for 261 yards and four touchdowns on 31 carries. He also ran in a two-point conversion, kicked three extra points, a field goal, and three touchbacks in the Red Rocketeers' 38-27 win over Bishop Feehan.

AJ Dillon, Boston College: The junior rushed for 150 yards and two touchdowns on 32 carries in the Eagles' 30-16 win over Rutgers. It marked Dillon's 14th career 100-yard rushing game to move him into a tie for fifth place in Eagles history with Andre Williams.

Jack Ford, John Lee, Lynnfield: In a 31-8 win over Medford, Lee rushed for a touchdown and returned a punt for another. Ford, a junior wide receiver/defensive back, caught five passes for 96 yards and two touchdowns.

Jacob Dobbs, Holy Cross: This freshman linebacker had seven tackles, a sack, and a forced and recovered fumble in the Crusaders' 23-10 loss at Yale.

James Guy, St. John's Prep: The sophomore sensation rushed for over 100 yards and two touchdowns in his team's 28-14 win over Central Catholic.

Bobby Hubert, Winthrop: In his team's 23-6 win over Saugus, Hubert threw for 63 yards, rushed for 157 and a touchdown and a two-point conversion, kicked an extra point, and made six tackles, including three solo.

Will Hunter, Masconomet: In a 16-0 win over Malden Catholic, this senior had 116 yards rushing, 40 receiving, scored two touchdowns and made an interception.

Drew Keiran, Michael Voci, Silver Lake: Voci, a senior linebacker in his first game back from a broken hand, made 14 tackles, two sacks, and recovered a fumble in the Lakers' 23-20 win over Archbishop Williams. He dedicated the performance to his late father, who passed away in July. Keiran's 20-yard field goal with less than a minute remaining sealed the win.

Joe Kelcourse, Xaverian: In the Hawks' 36-35 win over Bridgewater-Raynham, this sophomore fullback rushed for two touchdowns and the game-winning two-point conversion with less than a minute to go.

Benjamin Lazo, Southbridge: In a 22-8 loss to Martha's Vineyard, this defensive lineman made 14 tackles, including two stops that forced turnovers on downs.

Joe Llanos, Revere: In the Patriots' 24-0 win over Peabody, Llanos rushed for three touchdowns as his team improved to 3-0.

Bobby Maimaron, Williams: In the Ephs' 44-8 rout of Tufts, the former Duxbury High star completed 20-of-38 passes for 289 yards and four touchdowns. He also rushed for 102 yards and a touchdown on 15 carries.

Marje Mulumba, Beverly: This do-it-all senior rushed for touchdowns of 63 and 6 yards, and also returned a punt 81 yards for a touchdown in the Panthers' 21-7 win over Lynn English.

Jack McGowan, Harvard: The former Catholic Memorial standout made eight tackles to lead the Harvard defense in its 31-23 season-opening loss to San Diego.

Owen McGowan, Catholic Memorial: Speaking of Catholic Memorial McGowans, this versatile junior rushed for two touchdowns and caught a 38-yard pass on offense, made two sacks on defense, and played well on special teams, as well, in the Knights' 21-13 win over Springfield Central.

Mark Pawlina, Dennis-Yarmouth: In a 42-0 win over Sandwich, this quarterback rushed for four touchdowns, and threw a touchdown pass and two-point conversion.

Isaiah Rodgers, UMass: In his team's 62-28 loss to Coastal Carolina, the senior cornerback had 239 kickoff return yards, including a 75-yarder, to set the program record in the statistic.

Jarrett Taylor, Old Colony: In a 6-0 win over Keefe Tech, the free safety made 10 tackles, two for loss, and broke up two passes. 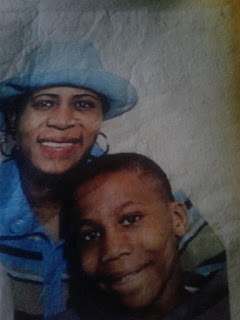 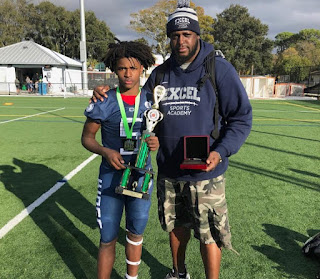